Fever pitch media reports, government travel advisories, insurance company warnings: it’s hardly surprising so many have taken Kenya’s northern coast off the holiday long list in recent years. Well, based on my experience, I can tell you that yes, it’s a very dangerous place to visit. Dangerous, that is, in that you just might find it very, very difficult to leave.

From the minute I stepped off the plane at Manda island airstrip (an hour’s flight from Nairobi), I realized I was entering a different world. A short walk from the runway took me along a boardwalk to the jetty, Lamu’s version of the airport taxi rank. A 20 minute motorboat ride then has you in either Lamu town, with its Unesco World Heritage warren of medieval streets and bustling markets; or alternatively Shela, a quieter and more chilled village just down the coast, on the edge of a 12 mile expanse of white sand.

I chose Shela, staying at the Banana House. It’s owned and run by the Lamu born and bred Banana and his partner, Monika, who arrived here on a backpacking holiday from the Netherlands nearly 20 years ago and never left. (I told you this place was dangerous.) Monika also has a passion for yoga and runs the next door ‘Wellness Centre’; in March 2016, they’ll host the annual Lamu Yoga Festival.

Historically, Lamu has been an important gateway on the East African coast for centuries. Founded in the 1300s, it’s reputedly the oldest living Swahili settlement in East Africa. Throughout the years, it’s welcomed traders and travelers from China, India, Europe and, most notably, the Arab world. The Arab influence is clearly in evidence in the architecture, the food and spices, the 20 or more mosques and in the Swahili language itself.

Given the width of the streets, it’s not surprising there are a total of 5 cars on the island, yet over 200 donkeys. They’re the primary mode of transport; an astute Swahili proverb says that ‘the man without a donkey, is a donkey’.

Lamu is renowned for ornate wood carvings, which you can see in the elaborate doorways of what are otherwise pretty understated house-fronts. Behind the austere street façade, though, are often huge airy courtyards, balconies, terraces, ornate arches and, everywhere, detailed recesses in the walls for displaying crockery or valuables. These houses give a sense of the wealth there once was in these parts (mainly driven by the ivory and slave trades of the 19th century).

Today, though, Lamu and Shela are almost wholly reliant on the tourist industry and when that fell apart a few years back, life became very tough. Once host to A-list celebs from the US and Europe, Lamu saw an almost overnight collapse in visitor numbers. As everyone I chat to explains, the ripple effect devastated the whole community; even fishermen no longer had a market for their catch.

The irony is that, personally, I haven’t felt as safe anywhere in a very long time. Within a day or two, pretty much everyone in the village had worked out who I was, and where I was staying. And, delighted to have visitors back in town, they are looking out for me.  After a week here, a walk along the beach takes twice the time now, with everyone wanting to stop for a chat: Omar who took us snorkeling on Manda Toto island, Abdul that I met at Peponi’s (Shela’s main gathering spot for sundowners). I feel entirely comfortable wandering home along the beach, or through the alleyways of the village, with only the (spectacular) December night sky to keep me company.

So yes, Lamu is dangerous.  In that, as with countless others before me, it’s lured me in and made me fall in love with its chilled, sleepy charm. Selfishly, I’d love to keep it to myself.  But for the sake of the wonderful, warm, welcoming people of Lamu and Shela, I’m going to share some pics and urge you to put it on your list.

The fort in Lamu town 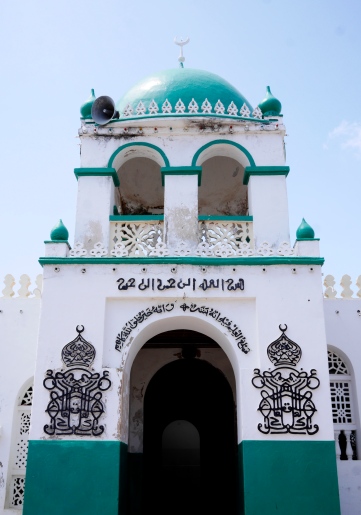 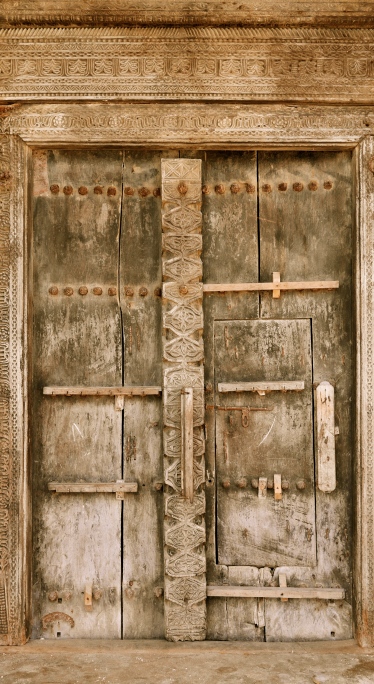 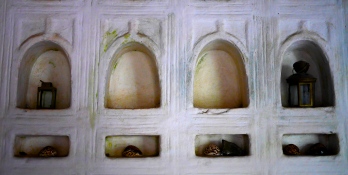 Some of the older properties have been renovated beautifully in recent years, either as hotels or as private homes 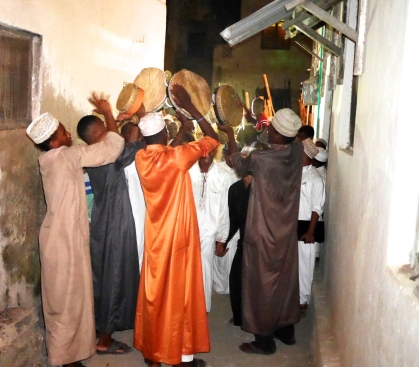 Street celebrations in Shela for a wedding

Part of the wedding celebrations involves the ancient game of stick fighting. The town gathers to watch the young guys taking turns to show off their skills.

The beaches both on Lamu, and around the archipelago, are stunning. This is Manda Toto, where you can snorkel on the nearby reef. 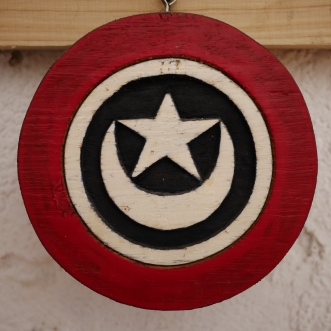 The ‘dhow eye’, which is reckoned to bring good luck on the journey

Dhow trips around the islands are one of the most popular ways to while away a day, and can include catching and grilling your own fish on the boat

The main market in Lamu

As you’d expect, there’s a great fish market in Lamu town (though many restaurants will just buy directly off the boats) 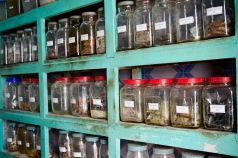 Lamu was traditionally renowned for its spices and herbal remedies, and they can still be found dotted around the town 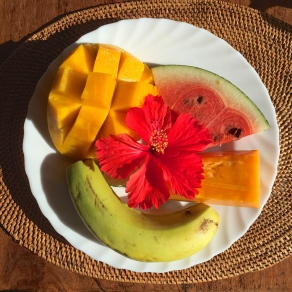 The fruit, and fresh juices, are pretty amazing (as is the Banana House breakfast presentation)

There’s a 24 /7 (apparently) floating bar, between Shela and Lamu – you just call a boat when you want to head home 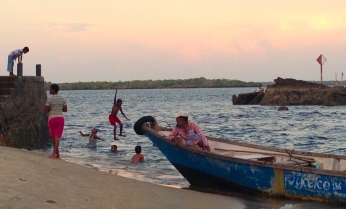 4 thoughts on “Lamu, dangerous? Too right…”