A quick note, just to explain why I’m in Moshi and how it’s going so far.

I’m here for a few weeks to do a piece of work with an organisation called Equity for Tanzania (EFTA). EFTA is a social enterprise which makes loans to small businesses and farmers enabling them to buy equipment/machinery to support their future growth. It could be a tractor, a rice-hulling machine, a truck etc.

Getting access to finance is a major challenge for small businesses in less developed economies. In the UK, banks manage their risk by looking at credit records and by holding the business’s assets (such as property) as security for the loan. But here in Tanzania, things are often more informal: credit records may not exist and a business may have no major assets. It’s referred to in development speak as the ‘Missing Middle’; small entrepreneurs can go to a microfinance lender, large ones can access the banks / capital markets. But small and mid-sized businesses, the powerhouse of successful economies, are neglected.

EFTA removes the need for upfront security or for formal credit records, instead using the equipment/machinery itself to guarantee the loan. They also provide intensive upfront business planning support and training for the business owner.

EFTA has a strong social mission. Investments are targeted into businesses providing local employment, those increasing the country’s agricultural productivity (reducing reliance on imported food), and those with positive environmental standards and strong anti-corruption principles.

One example of a project I found pretty exciting, was in horticulture. I visited a plant breeding company based outside Arusha, on the fertile slopes at the foot of Kilimanjaro. In a high-tech research centre, they are developing new crossings of vegetable varieties, specially adapted to the local environment. In a broad ranging partnership, EFTA has brought together this seed producer, plus greenhouse suppliers and, critically, an NGO who provide training and ongoing support to farmers. Together with financing from EFTA, farmers would have access to a whole package to support them in establishing a profitable horticulture enterprise. 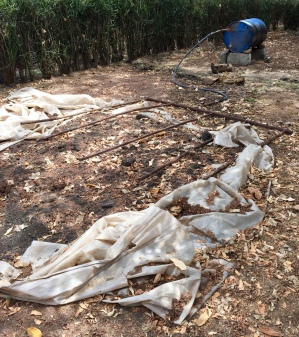 To steam the soil (and remove disease), a fire is lit under the tank of water

Enough on the work side. A brief word on life in Moshi (brief, because I’ve had limited opportunity to explore so far).

As I mentioned, the area is dominated by Mt Kilimanjaro (the highest peak in Africa). It towers over the town of Moshi, which lies just south of the Kenyan border and tends to be a one-night base for many of the thousands of Kili climbers who flock throughout the year. Although this year’s rains are a bit late, the surrounding countryside is exceptionally fertile. I joined a hike through some of the lower slopes and villages yesterday and we trekked through lush plantations of bananas, maize, sweet potatoes, avocadoes, mangoes, tomatoes, aubergines – you name it. 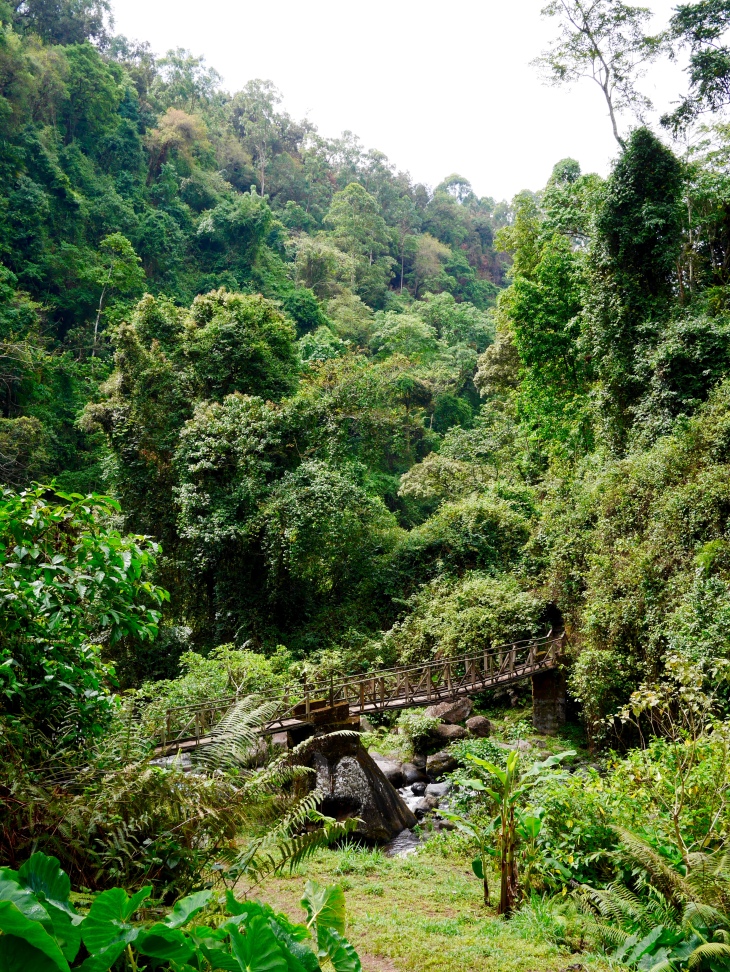 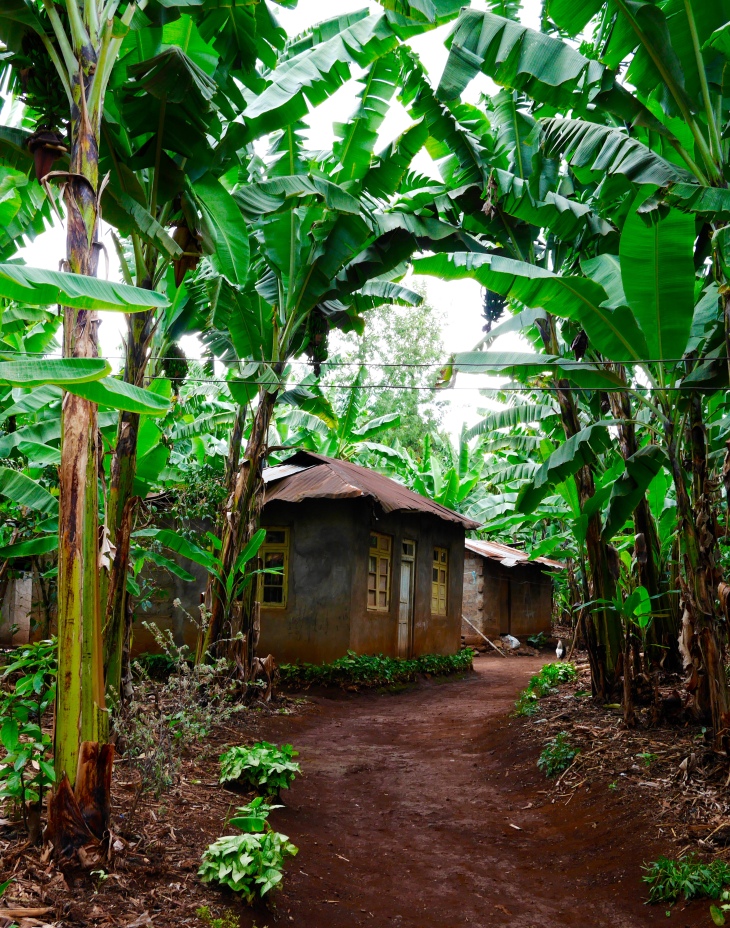 The town itself is pretty small and fairly quiet: the Nakumatt supermarket is not quite the new Waitrose at Kings Cross, and I don’t think Glenda Jackson has any immediate plans to bring Lear here. But life in Moshi is all about the easy access to spectacular scenery and the opportunities for hiking / biking / climbing / running (pretty hilly running, mind you…).  There are national parks very nearby, which I’m hoping to visit at some point.  Plus Zanzibar is an hour’s flight away. 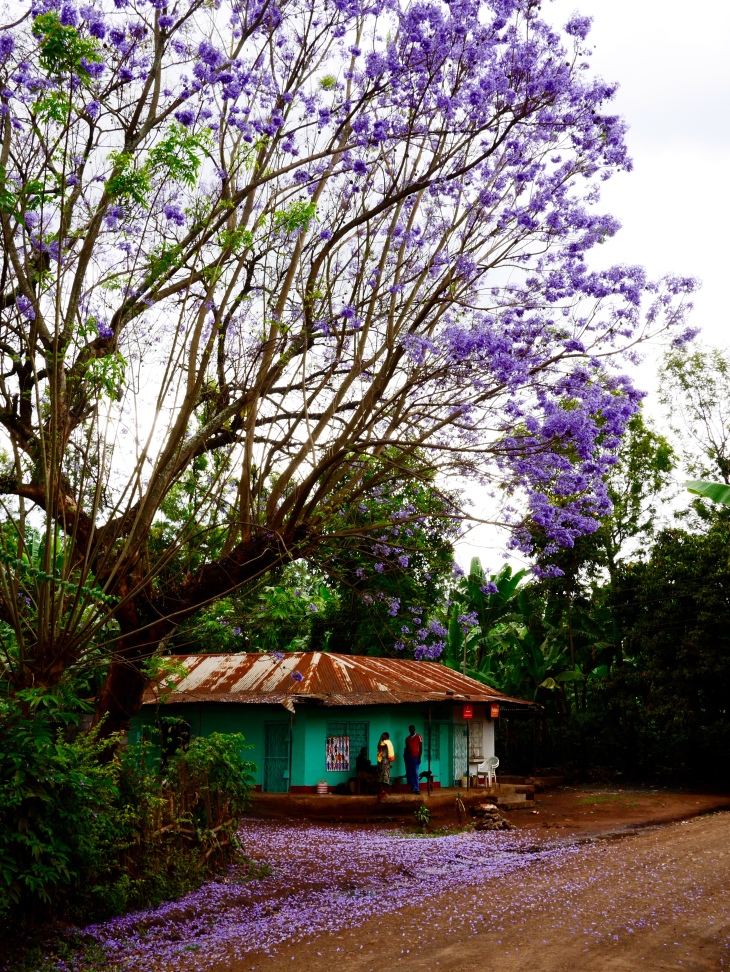 So that’s my (actually not so brief after all) update so far.  I’ll send more pics when Kili appears again.

One thought on “First few days in Moshi”